As mandated by the City Charter, the Mayor appoints a Service and Utilities Director who is responsible for overseeing the Engineering, Building, Street, Water and Waste Water Departments. The Mayor works in close coordination with the Service Director, the Finance Director, and the Law Director to insure the City operates in an efficient and fiscally responsible manner.

Mayor Frank Seman began his term on January 1, 2016. Prior to being elected Mayor he served as Ward Two Councilman for 14 years and sat on the Board of Zoning Appeals for twenty-five years.

A life long resident of Ravenna, Mayor Seman is focused on improving the community and enhancing the quality of life of its citizens. He embraces a team approach and believes that by working together Ravenna can become a thriving, safe and fiscally stable community once again. 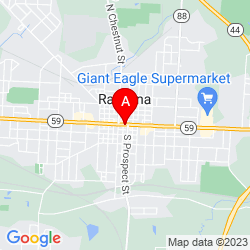